In his book Best Way To Train Your Gun Dog, Hall of Fame Trainer Delmar Smith said:  “No one’s ever understood one thing about scent.”  Add this:  Odor chemistry is complex and still poorly understood. (The Science of Smell, Iowa State University May 2004). Now we can understand why few, if any, have dared enter this research field of bird scent and pointing dogs.

All bird dog owners have witnessed it; one day your dog is pointing birds at 30 yards and the next day he can’t find a ham sandwich lying in front of his nose.  This conundrum has challenged me for years to research and understand bird scent.  Bird scent is the common denominator in all bird dog work but is the least studied and written about.  During this past fall hunting season, I decided to spend time doing more research on bird scent.

We’ll begin with a scientific description of scent.  Scent is created by a concentration of volatilized chemical compounds that have the ability to vaporize.  That vaporization is then dispersed into the atmosphere which creates a scent cloud and then identified by a dog’s sense of olfaction.  That’s a simplified explanation.

Okay, we have a simplified explanation; however, what creates the volatilized chemical compound?  Research indicates that most of those compounds are created from bacteria. Since bacteria are the catalyst for creating scent, let’s take a deeper look at this invisible factor.  Whether it’s a bird, dog or human, warm living bodies are covered with bacteria.  The human scalp alone has 1.46 million bacteria per square centimeter. Birds are covered with bacteria….both internally and externally. Birds have a population of bacteria known as ‘normal microbial flora’ which colonizes the skin and mucous membranes of the respiratory and gastrointestinal tract.  These bacteria are not disease causing and are referred to as ‘nonpathogenic’.  (Normal & Abnormal Bacterial Organisms of Birds by Linda Pesek, DVM).  As we search for the sources of scent from birds, we should keep in mind that bacteria will interact with both living and dead matter to create scent.  The bacteria eat the matter, extract nutrients for themselves and disburse their waste which vaporizes.  That process, the vaporization and dispersion of the volatilized compounds creates a scent cloud.

Okay, we have the scientific definition as a foundation; now let’s visit the practical side of bird scent…just what are all these little bacteria, in and outside of a bird, munching on?

I stumbled with this question during my early research.  Bird dog folks I spoke with said it was dandruff type shedding on the bird, one said it was the bird’s droppings and another said it was simply sweat (birds don’t sweat) and yet another said it was oil created by the feathers; however, feathers are dead and not capable of producing oil. It was obvious to me that I needed much more research.

Beginning with a simple internet search of ornithology, I contacted the Cornell University Department of Ornithology.  They provided me with a scent track that included books, research papers and noted scholars. My gratitude to Cornell University.

There are four sources of scent dispersed from our popular gamebirds.  Each source initially disperses its own vapor scent cloud (often referred to as a scent cone).

The first source, and the one your author feels has the greatest impact, is the uropygial gland. Here is a quote from a paper published by Dr. Rick Axelson (DVM) titled Preening or Uropygial Gland in Birds.  December 12, 2008.

It (uropygial gland) secretes a thick, transparent, complex oil consisting primarily of diester waxes (uropygiols), fats and fatty acids.  The gland is located at the base of the tail, on the lower back, just in from of the tail feathers.  This area is generally featherless except for a tuft of down at the tip called uropygial wick.  The gland is bilobed, or has two symmetric parts.  The oil from each lobe of the gland is secreted through small papilla (nipple-like projection).  It performs many functions in the bird including water proofing, and keeping the skin, feathers and bill supple.  During preening, a bird transfers this oil to its feathers by rubbing its head and beak against the oil gland and then spreading the oil over the feathers on the rest of the body.

The uropygial gland wick is always there.  It’s a constant that provides scent at all times. Through preening, it also affects the second and third vapor scent clouds; which increases its importance.  Bacteria love oil…remember that bacteria was used to help clean-up the Gulf oil spill.

The second vapor scent cloud is a cocktail mix of several ingredients. All these ingredients interact with bacteria to create a scent cloud. One ingredient in this scent cloud are rafts of dead skin that are continuously shed by a bird.  There is minor disagreement amongst researchers regarding whether the skin sheds become scent creating vapor or are they simply a “raft” that carries other volatilized compounds airborne.  After studying many papers, your author feels that they are both. The evidence is very strong that they do serve as a raft (small air ship) which carries bacteria (scent)  into the atmosphere.  Another ingredient joining this cocktail are the small segments of the capsule that surrounds new feather growth.  As the feather grows, the capsule breaks apart and mixes with the wax and oil distributed by the uropygial gland.  And, of course, many of our game birds enjoy a dust bath.  Add dust to the cocktail.  And finally, if the bird is a ground rooster, then there is a good chance that there is residual scent, on the birds bottom, from bird droppings.

The third vapor scent cloud is from the ground.  This is the scent cloud that most favors the tracking dog.  This scent cloud is also a cocktail mix.  It would include bird droppings, a mixture of skin cells, feather capsule pieces, dust, bacteria and crushed vegetation.  Ground bacteria immediately attack even the most microscopic piece of damaged vegetation from a walking or running bird.  Remember that uropygial gland?  Those skin cells, feather capsule pieces and dust were all rolled around in the uropygial gland wax and oils which were distributed by the bird through preening. As the bird moves, the motion (imagine a flour sifter) shakes many of  these particles loose and they fall to the ground.  Also, the running bird rubs against foliage, branches, etc. and leaves preening oil from the feathers.

And, here is the fourth scent vapor cloud…bird breath.  Dr. Dale Rollins, Executive Director of the Rolling Plains Quail Research Ranch in Texas is a strong believer in the bird’s respiratory system creating scent.  Dr. Rollins told me that his pointing dogs have never pointed a dead bird (no breath).  They point healthy birds and wounded birds but never a dead bird.  This makes sense…we all learned at an early age to use a mouth wash before a date.  Bacteria in the mouth creates scent. In paragraph five (above) we quote Linda Peek stating that bacteria is in the respiratory tract. Birds breathe through both their mouth and nostrils. Dr. Rollins asked me to mention that his conclusion is based on observation; not from scientific research.

Regarding the four vapor scent clouds, shortly after dispersal, they all interact and become a potpourri of scent.  With all that amount of scent in the air, you may now ask “how could my dog miss that melange of scent”?   We’ll answer that question in the next edition of this series on scent.  We’ll cover all the atmospheric conditions that are known to affect scent dispersal. 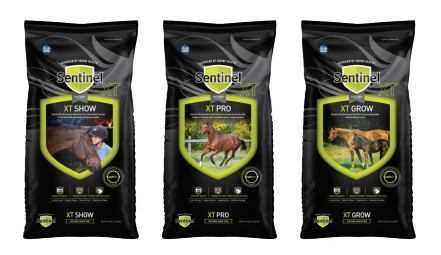 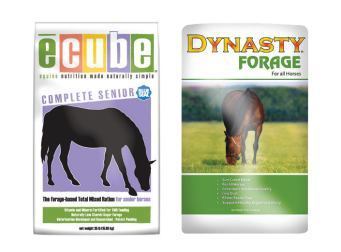